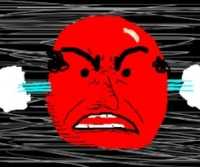 Sometimes my coaching clients have an insight that debunks what they previously thought was true.  My client, Jack, for example had a bit of an awakening about how to motivate and inspire his team and influence his functional colleagues.  As a technical director in a medical device company, Jack led a team of engineers and was also responsible for working with both the manufacturing leads and the program managers who interfaced with customers.

At our first meeting, it was obvious that Jack was not excited about being in a leadership development program.  He was annoyed by the leaders in his company, seeing them as incompetent phonies whose main purpose was split between wasting his time and politicking with each other when they weren’t playing golf.   Because of this, Jack had no aspirations for “leadership.”

Jack also believed that he had to be mean and uncompromising to get anything done.  When people pushed him, he shoved back and powered through to get his way.  He was angry and justified his anger by thinking that it came with the territory.  He’s a big guy so I could only imagine what it was like when he lost his temper.

O-kaaay – Jack seemed like a pretty unhappy camper.  Step one was getting rapport.  Luckily I’m good at it.  I just listened. My listening threw him for a loop because he wasn’t used to people sincerely trying to understand him.  When he settled down, I discovered that he actually has lots of joy in his life – just not at work where he has a lot of thinking about how things should be and how people don’t measure up.  He loves working in his huge garden at home and playing with his little kids and his dog.  He loves his wife.  I’m sure everything at home isn’t perfect all the time, but he rides it out and settles down.

I asked him if he honestly thought his way of influencing people was effective.  He smiled.  Then I asked him if he was up for learning something about how humans create our experience of life, how we see ourselves and others, and where our upset feelings really come from.  It occurred to me that it would be helpful for Jack to see that imperfect circumstances and people don’t have the power to make him feel anything.  If he could stop getting into judgmental reactions with people, he would have the mental space and clarity to have more impactful conversations.

To help him see this, I gave Jac a quick explanation of how the mind actually works – Inside-Out.  Because we can’t have a feeling without thought, I explained, people can’t make us feel anything.  Instead, it’s our thinking about them that brings the emotion.  I asked him to test this out between now and our next meeting.

At our next meeting, he was smiling and seemed a little less disgruntled and frustrated.  I asked if he had any insights.  He said “Yeah, I realized that being the Red-Faced Rage Monster isn’t very effective after all.”

We both laughed.  He went on to say that he started noticing that his reactions were caused by a storm of thoughts primarily based on past interactions that had nothing to do with the current situation.  When he was able to ignore that thinking and focus on how to work collaboratively to solve problems, work life got a little easier.  He also got curious about what made sense to his colleagues – why they did what they did, why it made sense to them to act a certain way.  Minus the snarky judgment, there was room for connection and understanding.